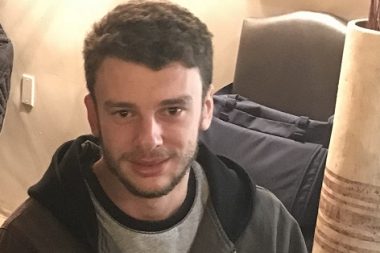 When I stepped off the plane in Fort Worth, Texas in late October 2018 there was no time to let the jetlag that comes with the territory of long-haul travel wreak too much havoc on my circadian rhythm – there was work to be done!

It was a proud moment and a privilege to be selected for a three-week exchange through the Global Rental Alliance which is made possible by the Alliance in partnership with ARA and HIANZ, among others. Before I get into the ins and outs of a life-changing experience, it makes sense to first reflect on how this all came to be.

I guess you could say the hire industry is in my DNA. I cut my teeth on the sector many years ago, and while my parents can be credited with making the introduction – they are the Franchisee Owner of Carlton Party Hire East and West and a shareholder in the national Carlton Party Hire – I have never taken anything for granted. I’ve been taught the importance of making my own way in the world, exploring new avenues and pursuing new possibilities, without riding on the coattails of others, hence why this exchange was so important.

I’ve been putting up marquees since I was 12 years old, and from accounts and payroll, to managing setups at event sites, I’ve loved every minute of turning my hand to whatever needed my attention. I’m striving to be an all-rounder.

I’m also a great believer in not taking liberties and know that fulfilling your potential is everything. To that end, I knew the exchange offered a transformative opportunity for my confidence, and to grow my knowledge of the industry abroad so I could apply that learning on home soil in New Zealand.

The Wadley family, who own and operate Taylor’s Equipment Rental Co, took me under their wing during my time in Fort Worth, and from day one we hit the ground running. Bill – son of the company’s founder, Ed – was my host. I was pleased to be in the company of a business owner who has spent many decades dedicating his life to the hire profession.

Every day, bright and early starts were the status quo with a lot of work done on-site at the massive Wadley warehouse – four or five times the size of the one I am used to. The huge warehouse is almost like a metaphor for everything in the United States which seems like it has been super sized.

From the Texas Motor Speedway, to Halloween parties, weddings and football games, we covered the full spectrum, offering services from flooring to tables, glasses and tablecloths. One of the biggest challenges was getting to grips with a new stock range – and quickly. In terms of the marquees – the bread and butter of the hire industry – I anticipated they would be really different from what I am used to, but once we started building them, they were a style I was reasonably familiar with – an Mk1 Clip Frame.

I was eager to observe the fundamental technological differences between the infrastructure at Wadley and ours at home. Initially, I wondered if they might be more progressive on this front. The truth is, New Zealand is holding its own. And in fact, a lot of Taylor’s technology has been in place since inception, including its front desk system which is from the seventies and doesn’t use the internet. I guess that saying ‘if it ain’t broke, don’t fix it’ is an apt analogy here. In my first couple of days, it was the team’s hand crank that proved to be the biggest learning curve!

One thing for certain is that tenacity is the driving force behind this business. Ed doesn’t sit in an ivory tower, he’s proud to be on the floor at 5.30am each day and finishing at 7pm. He’s the first to arrive and the last to leave. It reminded me of my parents’ work ethic and it motivates me to succeed.

On 14 November, it was time to say ‘goodbye’ to the team who had treated me so well and I made my way to the Young Professionals Network Conference in Santa Fe, New Mexico. Admittedly, I was somewhat nervous for the occasion – the first of its kind for me.

But any minor nerves were immediate allayed by the calibre and kindness of the other attendees, including one expat from New Zealand who I obviously had a lot in common with! One of the highlights for me was learning about a lean style of management that encourages employees to be independent problem solvers.

All-in-all the entire exchange was an amazing experience and if I could push the ‘rewind-and- relive-button’ I certainly would!